When to Lane Swap in League of Legends
Advertisement

3 Mistakes that are Losing You Lane in League of Legends 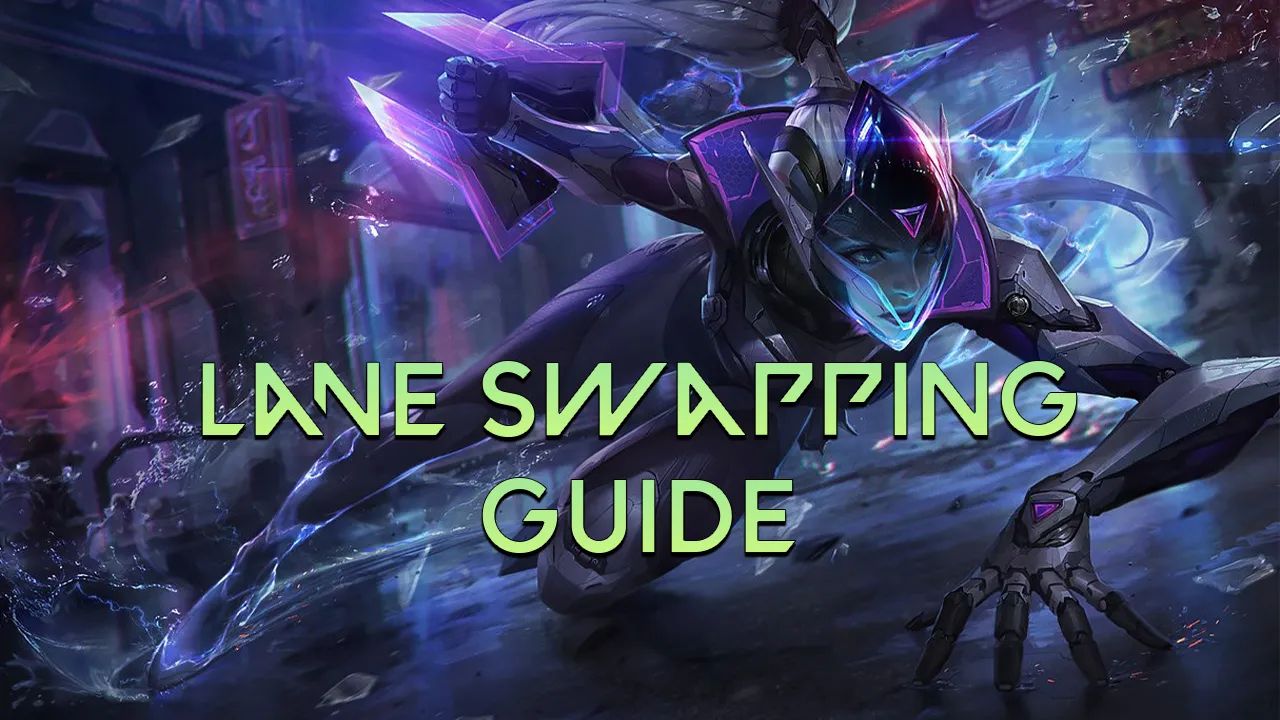 When you “Lane swap”, this often means when the bottom lane and top lane switch lanes after getting an advantage on one of the lanes. It is also a way to make the side that has a bad match up gain some kind of advantage. Today, we take a look at why and how you can Lane Swap in League of Legends. Let’s jump straight in!

After you take an enemy tower in bot lane or top lane, look at the map and see which objective is spawning soon if it is an important dragon then you want to stay in bot lane and contest the dragon with your Jungler, because you have a number advantage or will be even in a 3v3.

If the dragon is not as important as applying more pressure into the other lanes, then leave it and swap to the top lane. After making your top laner aware of the swap, and you’ve moved top lane, you have to secure vision. This vision should be around the enemy jungle top side and look to dive the top laner if he stays with the help of your jungler.

After you are done with the top lane, you can now take herald and go use it in the mid lane. This way you would have influenced three lanes with one simple mechanic, using an advantage in lane swapping.

It’s debatable whether you should lane swap with the mid lane as it is most likely a hyper carry role that needs all the resources it can get to scale and carry the game. But, if the midlaner finds himself in a bad matchup, he can try to swap with the toplaner.

Granted, that midlaner has mobility or some kind of tool to peel for himself and not get overwhelmed by the sheer length of the side lane and die to a laner that excels at chasing. What mid lane provides is a short corridor in which you can make small trades and poke from a safe distance.

If an enemy shows up for a gank all you have to do is walk a small distance or use flash in the worst-case scenario, you will not have this advantage in the top lane as the lanes are longer. Not only this, even after blowing flash you will still die to a gank or in a 1v1 because to lane champions are champions that are designed to stay on an enemy carry and annoy them.

Champions like Camille that can dash on you slow you and kill you very fast is a good example, other champions like Fiora, Renekton, Garen, Kled are all annoying champions to have to deal with as a mid laner, unless you are playing a champion that can both play mid and top the swap will not be a bad idea. Champions like Irelia, Akali, Yasuo, Yone are all champions that can play either mid or top because of their high mobility in the lane.

Always look for what’s the best win condition for your team if you think you are not able to carry this game because of the draft then you can invest in an ally lane that you think might be able to carry, this mechanic does not work in lower elos as it very hard to explain this stuff to a Silver or below the player, and if you just go for the play and ignore them you will get griefed.