3 Mistakes that are Losing You Lane in League of Legends 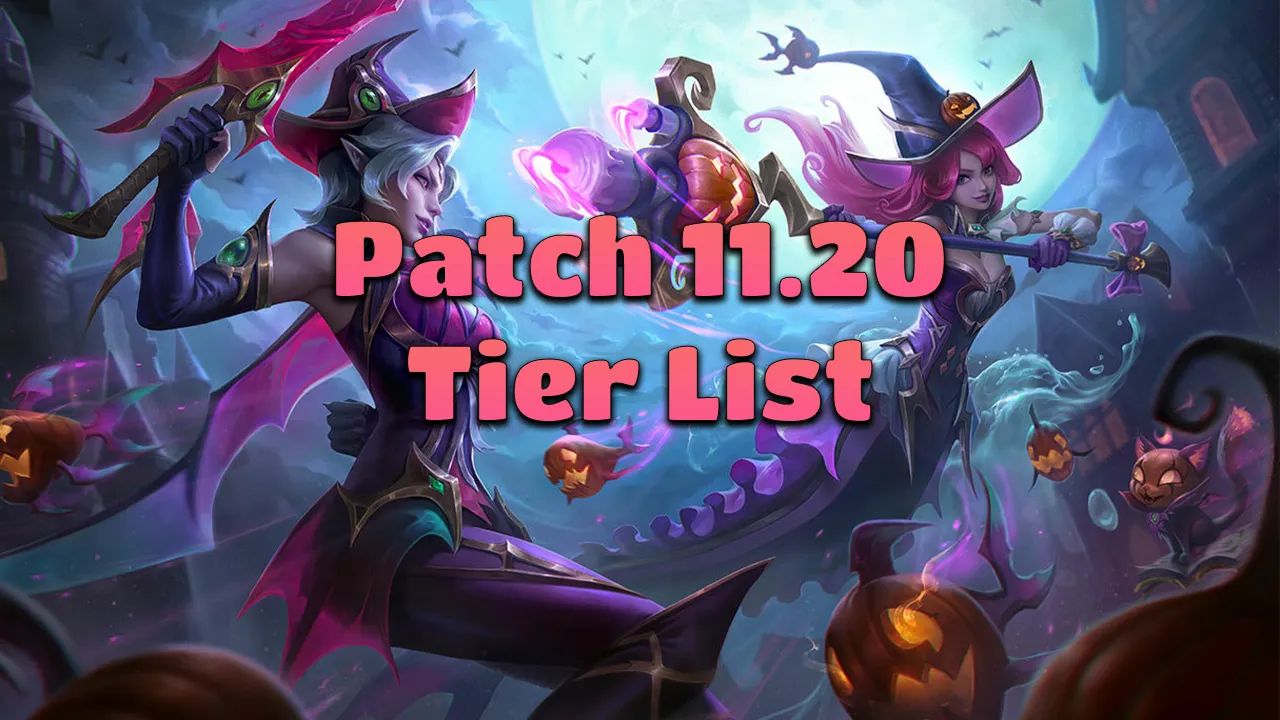 With Patch 11.20 just being released, there are ought to be some new and upcoming metas in League of Legends. Today, OvrPwr go over some great champions to pick in patch 11.20 and climb more divisions. To be safe, we’ll give one best pick for every lane to not confuse you with too many champions.

As you can guess, Darius got buffed this patch by lowering the cooldown of his (W) for all ranks to 5 seconds. This opens more opportunities in the early laning phase because Darius is already an aggressive champion that likes to bully people out of the lane.

This buff makes him one of the strongest champions in this patch, and an even better pick for that all-important top-lane brute. Why not jump on him during the Patch 11.20 meta, and get some easy top-lane kills and assists.

If you play around in the Jungle, Amumu is a very solid champion to use for climbing low elo. His kit is very simplistic and offers a lot even when behind with his potential to fully stun the whole enemy team or just focus the carry and render him useless in a team fight with his chain cc. Amumu also appears to be better in patch 11.20, so why not give them a try?

We’re sure you’ve played against, or even with Vex before. This champion probably needs a nerf! With its high pick rate and win rate, all signals point towards the characteristics of an overpowered (ovrpwrd) champion.

If you’re planning to climb through the elo ranks, we think you should use Vex in Mid-lane before they get nerfed, as there seems to be no stopping this fluff on Patch 11.20.

Miss Fortune is now the best pick to take for the ADC role. Many players around the world have started picking her and seeing a lot of success playing her. As we’ve covered before in other guides, Miss Fortune is a very easy and simple champion to play, but her usefulness comes from the amount of damage she can deal in a team fight with a good ultimate.

This can make the difference between a game win or loss, just by having a good ultimate. With this being said, with Patch 11.20, we expect to see a lot more of Miss Fortune being played, especially in the ADC role.

After Mandate’s Buff Nami’s pick rate has skyrocketed. Nami is an enchanter that buffs her team mate damage, heals, and stuns. Overall, if you enjoy playing an enchanter like her, you should definitely go for it as you will not regret it.

Even more so in Patch 11.20, we think that we still see so many supports playing Nami, so get on the bandwagon before she gets nerfed!

Conclusion on League of Legends Patch 11.20

Overall, Patch 11.20 looks to be bringing some of the nicest nerfs and buffs to champions that we all know and love. What’s your favourite part of Patch 11.20? Let us know down in the comments or make some suggestions on what you want to see next!