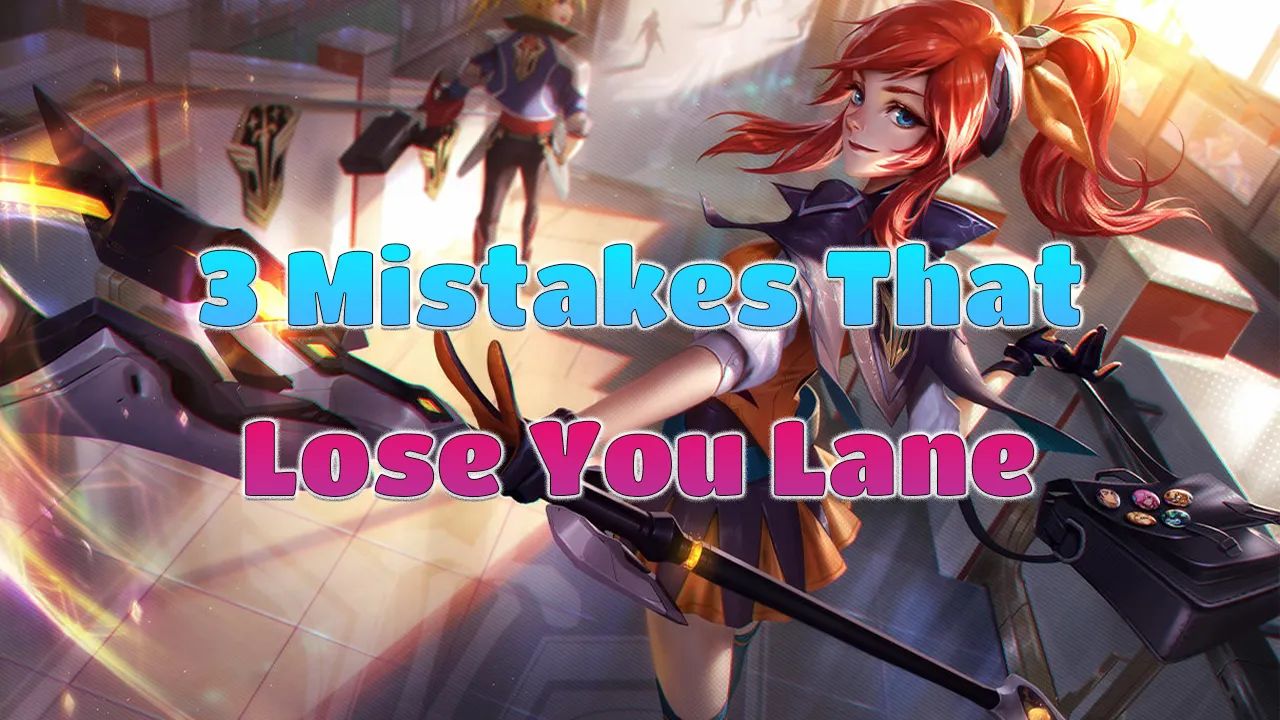 When playing League of Legends, there are many mistakes that you will keep doing subconsciously. In turn, these are losing your lane without us even realizing it. Today, we take a look at some of the mistakes you make, and how to avoid them to win more games. Let’s jump straight into it.

Not Knowing your Matchup

When you’re playing in your lane and are not experienced in League, sometimes we don’t know what the enemy champion is capable of. This could be because we’ve never played against them, or it’s a new champion. In most cases, we end up losing lane to them even if the opposite player is not that good at the champion.

A good thing to do in this case is to know the meta, figure which champions are being played in your main role and get to know what they can and cannot do. Even if you’re unable to do this (i.e a new champion), you should sit back and wait to see all the abilities of the champion to try to figure out your best plan of action.

Some champions are good in the early games, so you should avoid fighting them and instead look to scale. Other times you want to do the opposite, and not allow a certain champion to scale by punishing him early, which brings us to our next Mistake.

Not Punishing the Enemy Enough

If an enemy does not know how to lane versus your champion, then you have to take advantage of that and punish them. If you are playing Yone and the enemy is a Lux but she keeps using her abilities on minions instead of harassing you, then you should take advantage of her cooldowns being down and punishing her for her bad laning knowledge.

If you are the Lux in this matchup you should be looking to punish the Yone for every CS he is trying to get while auto-attacking the minions. Pushing the wave under his turret and recalling to gain more mana or roam to help your jungle and other lanes when needed.

One of the most important skills in League is knowing when to recall, we have talked about this point in many of our guides but I cannot stress this enough, because some players do not know the importance of a good recall and how a bad recall can ruin their lane, even when ahead in kills and or CS.

If you roamed and have 2 kills from the bottom lane, but your enemy laner pushed a full-wave under your turret and got turret plates, then they are now ahead of you even at 0 kills. They will be ahead of you in EXP, Gold, and items. If you do not recall immediately after getting those two kills you will lose lane for sure.

If you try to walk back to the lane after getting those kills from your roam you risk dying to an ambush and being even further behind. Even if you try to take the safest toad back to the lane, it will only amount to the same time it would’ve taken you to just recall buy items fill up your HP and MP bars and go back.

Another example is if you harassed the Yone with Lux and put them under 50% Hp, but you decided to stay and keep harassing him under turret it is probably a bad idea. This is because in this case you risk death to a gank, plus you are waging a war of HP versus your MP and it is not worth it. Mostly down to the fact that as a Lux, once your MP is depleted you are basically useless can be killed by a 20% HP enemy.

One of the best moves here is to quickly push the wave under the turret forcing them to make a decision whether to stay and farm those minions or recall. While you as the Lux, can recall and quickly teleport back to lane Full HP and MP and further harass them under turret. If they are still there, push the wave again make him lose more CS and roam again. This is a winning factor when it comes to playing League of Legends and winning your lane.

In conclusion, we hope that we have helped you identify some of the issues players get when losing their lane. Let us know in the comments, or if you have any other suggestions, we will update our article!